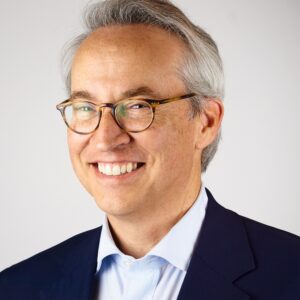 Bob received his undergraduate degree in music from The Cleveland Institute of Music, and he subsequently received an MBA from Case Western Reserve University. He has spent his entire career working in the biotechnology industry, primarily working in the area of diabetes drug development for small venture capital backed companies. Bob is currently the CEO of Diasome Pharmaceuticals, Inc., a clinical stage drug development company in Cleveland funded by Medicxi, a leading life sciences venture capital firm based in Geneva and London. He also has the privilege of serving as a Trustee of The Cleveland Institute of Music.  Bob has been instrumental in church planting and is now a member of Parkside Church near Cleveland, Ohio.